Africa has always been considered the subject of International Humanitarian Law (IHL). In late 2019, I was a final year law student at the University of Nairobi School of Law. I picked IHL as one of my optional units of study in my final semester of my final year as I wished to learn about the role of Africa in the formation of IHL. Having learnt in my third year that International Law is primarily based on the consent of states, I was shocked to learn that Africa was discussed only with regards to the implementation of IHL.

My group was assigned the task of preparing a paper on the sources of IHL to be presented before the class. While preparing, I came across the article Shared Legal Concepts between African Customary Norms and International Conventions on Humanitarian Law by Emmanuel Bello. I came to understand that African tribes and kingdoms practiced most of the IHL principles before the advent of colonialism. This is in contrast to orthodox legal theories, which argue that Africa is only a place where IHL is implemented, rather than a source of IHL principles in itself. In reading, writing and thinking about Africa, it is important to note that each of its 54 states have numerous ethnicities with both diverse and shared traditions.

Intrigued by this argument, I called for a group meeting and presented my hypothesis to the other five group members. I managed to convince them that we should add a part on African sources of IHL to our presentation and final paper. I decided to actively seek out more scholarship about African people’s creation and practice of foundational IHL principles. Predictably, the search led me to very few texts, given the erasure of African legal thought from much legal scholarship. I managed to find three texts that really stood out to me as uncovering the reality of IHL in Africa:

Through reading these three texts, I learned that due to colonization, Africa has been sidelined from effectively taking part in the formation of IHL (Waschefort, 2016).

The Europeans needed a reason to exclude their wars of colonization from the ambit of IHL. This led to the development of concepts such as terra nullius: the view that African tribes were not states and were savage (Waschefort, 2016). IHL protected Europeans during wars with fellow Europeans, but did not restrain their violence during colonial wars against Africans.

The accepted demarcation of states that emerged within IHL theory was threefold: ‘civilised’, ‘semi-civilised’ and ‘uncivilised’. The ‘civilised’ or Christian states had full protection under IHL while ‘semi-civilised’ states such as China had limited IHL safeguards. ‘Uncivilised’, ‘barbaric’ and ‘savage’ states such as African tribes existed outside IHL – IHL principles did not apply to western interactions with these entities. This concept of ‘civilised’ is still enshrined in Article 38 (1) of the International Court of Justice (ICJ) statute as well as Common Article 3 of the Geneva Convention. Most authors believe that the term ‘‘civilised’’ refers to western countries’ jurisprudence, which the ICJ and other international bodies draw on to determine the rules of international law, including IHL (Waschefort, 2016). Additionally, IHL being drawn only from the ‘‘teachings of the most highly qualified publicists of the various nations’’ essentially means that scholars from the western world primarily determine the rules of law.

Contrary to the ‘‘uncivilized’’ label placed on African, many IHL principles were being exercised by African societies far before the official formation of IHL. There were some tribes that had formal processes for declaration of war, through which to start conflict (Bello, 1984). Many African communities attempted peaceful negotiation to resolve conflict before it escalated. Other tribes followed norms by which they warned their enemies before hostilities began. For example, the tribes in the Oron district of Nigeria sent two men to put plantain leaves on the path leading to the enemy town (Bello, 1984). Emissaries were sometimes sent to warn adversaries that hostilities had started. This was achieved through statements such as ‘tomorrow we come eat your village’ or ‘after the next harvest period there will be no peace’ (Bello, 1984).

In some African tribal groups such as the Kikuyu and Nandi, there were customs of taking care of the sick and wounded, which included carrying them out after the battle (Bello, 1984). This applied to both compatriots and combatants. The Geneva Convention for Amelioration of Conditions of the Wounded and Sick in Armed Forces in the Field sets out the same principles with regards to the treatment of casualties of war, as formal IHL principles. In the Tellensi tribe, women took part by serving the warriors with water during the war (Bello, 1984). The women also dragged casualties away to be taken care of. Similarities can be drawn between Tellensi practises and current Red Cross guidelines, as well as the relief measures called for by Henry Dundant in his book A Memory of Solferino (Crowe and Weston-Scheuber, 2013). It is important to highlight that the Tellensi women did not receive adequate protection from enemy attacks while they provided these essential protective services. However, it was considered dishonorable for a warrior to attack women or children in battle.

In Africa, some tribes made prisoners of war feel at home while others only protected them to derive economic benefit from selling or possessing them as slaves. Taking care of prisoners of war in African societies went beyond the minimum IHL standards set out in the Geneva Convention Relative to Treatment of Prisoners of War. In the African context, it involved treating the individual as a family member. This concept of African hospitality in conflict situations was exemplified by the Ngoni of Central Africa (Bello, 1984). They had a strong sense of moral obligation: refusing to take slaves or otherwise participate in the slave trade. They respected all persons as having moral entitlements to human dignity. The Ngoni therefore gave prisoners of war equal protection to them, by applying Ngoni customs to all (Bello, 1984).

In battle, there were customs that considered it disgraceful for warriors to kill women or children. For example, the Neur tribesmen during their raids prohibited the ill-treatment of women and children, instead dictating that captured women and children become assimilated within the warrior’s family (Bello, 1984). In addition, despite the fierceness of many wars, tribes maintained respect for certain sacred locations, refraining from destroying them. Although there was no formal prior agreement that the zones were prohibited, given that the communities were sometimes neighbors, they often knew where women and children were to be found – and so avoided these areas in conflict. This practise is directly akin to the principle of distinction, found in the Geneva Convention Relative to the Protection of Civilian Persons in Time of War (Bello, 1984).

Some African tribes had customs that frowned upon prolonging the suffering of their enemies. For example: recognising the defeated warrior as a defenseless human being and opting to kill an opponent outright, rather than derive pleasure from torturing them (Bello, 1984). These customs are reflected in the 1949 Convention’s principle of not engaging in excessive use of arms. Notwithstanding, this principle was usually suspended in periods where a tribe was seeking vengeance, and there were also communities such as the Ganda, who were known to burn their own soldiers alive for cowardice (Bello, 1984).

Various African communities also had customs for providing compensation for damages caused during the war. Among the Ibibio of Nigeria, a life was equal to a life (Bello, 1984). They therefore demanded that the relatives of a slain warrior get the opportunity to murder a relative of the slayer. There were also elaborate systems in place for valuing human life, such as compensating the death of a rich man with a young man. In other tribes, the hostilities could not cease until the same number of persons had been killed on both sides. For example, the war between the Ikonor and Afaha continued for a long time, because the tribes wanted the exact number of persons killed by one side to be equal to the other (Bello, 1984). This concept of compensation can be compared to the modern, formally enshrined IHL principle of reparations.

IHL is necessary in Africa to mitigate the adverse effects of warfare. There have been numerous incidents of warfare on the continent. Over the past twenty years, over 21 African countries have engaged in armed conflict: Angola, Ivory Coast, Nigeria, Niger, Mali, Liberia, Libya, Djibouti, Somalia, Sudan, South Sudan, Democratic Republic of Congo, Egypt, Chad, Ethiopia, Cameroon, Burundi, Central African Republic and Uganda (Waschefort, 2016). The adverse effects of war have been immense, taking many lives and much property – in the Second Congo War alone, up to 5.4 million lives were lost (Waschefort, 2016). The fact that such violence continues today in many parts of Africa should encourage the push for acceptance of IHL principles in Africa. The role of colonization in excluding African states from the formative stages of creating IHL principles, as well as the violations of IHL by colonizers, should be a critical part of any curriculum on international law. Bello and Waschefort’s articles show that further scholarship and awareness of Africa’s role in creating IHL principles is necessary. 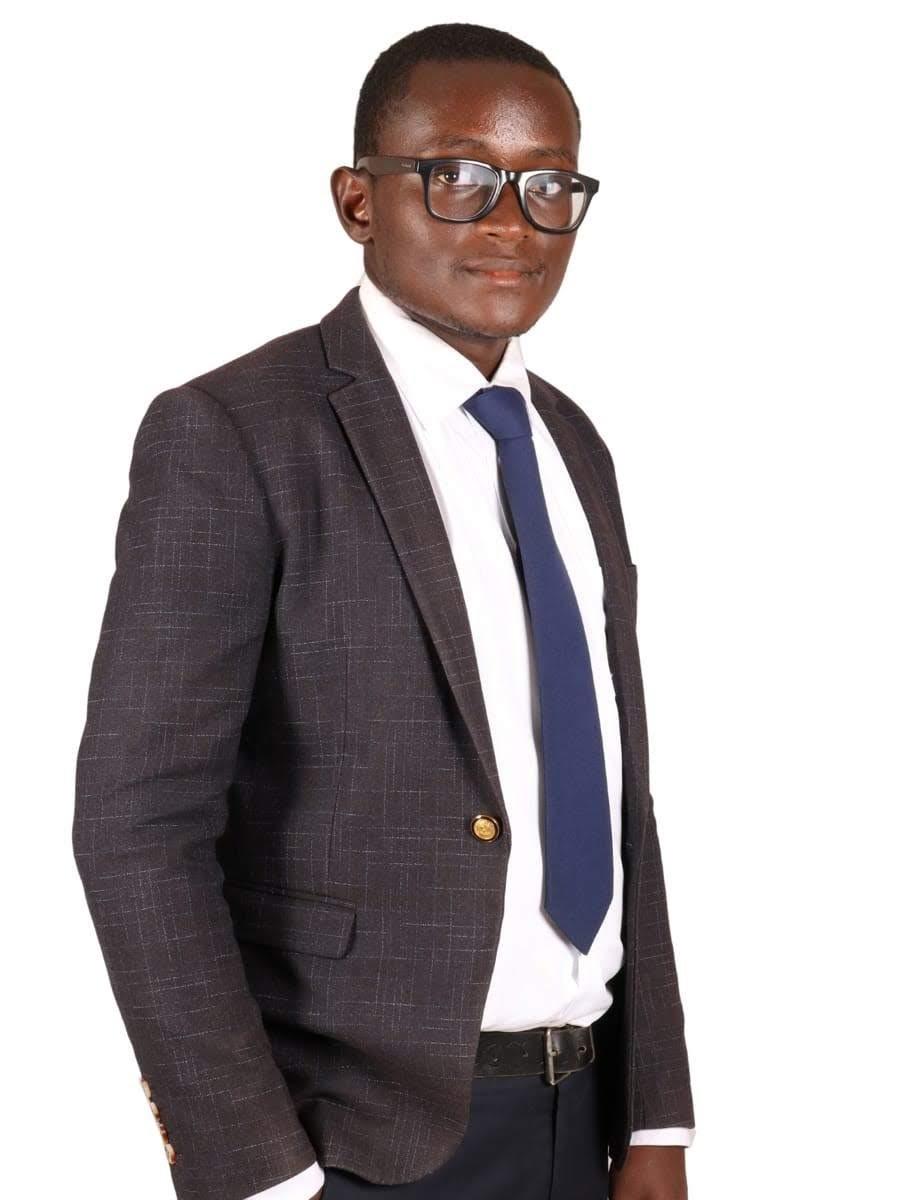 Kelvin Mbithi is a writer and a final year law student at the University of Nairobi. He has presented four conference papers on Strategic Litigation, Fiscal Laws, Historical Injustices and Digitizing Tax Literacy. He has written pieces on Dr. King, Michelle Obama and a book review of Looters and Grabbers. He is a certified professional mediator accredited by Mediation Training Institute of Eastern Africa. He is currently an intern at the Law Society of Kenya Nairobi branch. He is an organizing committee member for Africa End Sexual Harassment Initiative (AESHI). He writes for his own blog https://mbithiopinions.wordpress.com/.